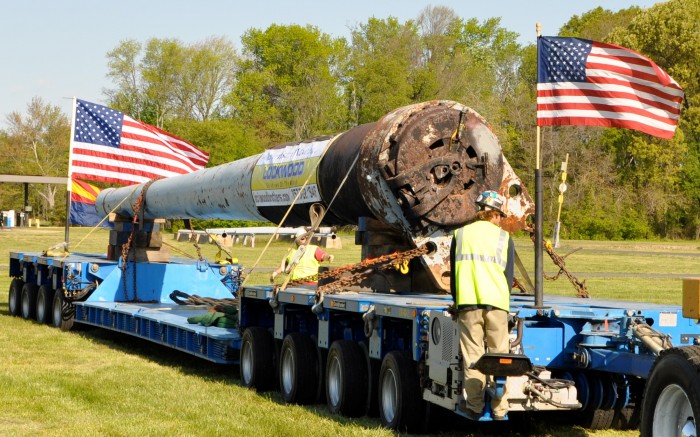 The last USS Arizona 14-inch gun barrel begins its move from the Naval Surface Warfare Center Dahlgren Division in Virginia to Phoenix, Ariz., April 10. The gun barrel — removed from the USS Arizona to be relined before World War II — was at the Dahlgren Naval Proving Ground for proof testing when the attack on Pearl Harbor occurred on Dec. 7, 1941. (U.S. Navy photo by John J. Joyce/Released) 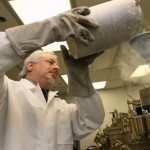 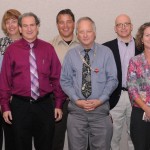 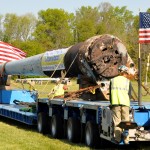 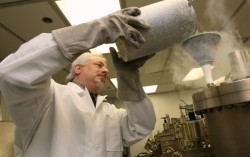