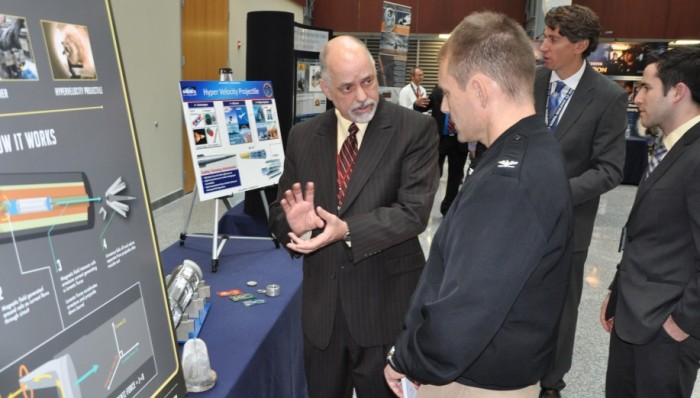 Charles Garnett, NSWCDD electromagnetic railgun system engineer, briefs a Navy captain on the use of electricity in launching railgun projectiles at seven times the speed of sound during the NSWCDD Briefing and Technical Demonstration held at Naval Sea System Command headquarters, Nov. 3. The electromagnetic railgun is a long-range weapon that launches projectiles using electricity instead of chemical propellants and is under development by the Department of the Navy for use aboard ships. (U.S. Navy photos by John Joyce/Released) 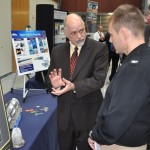 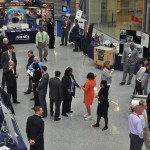 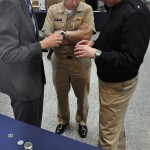 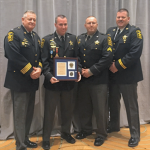 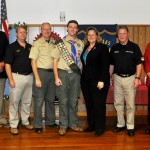 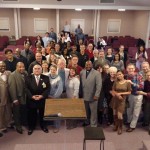 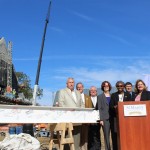 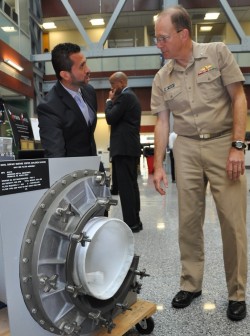 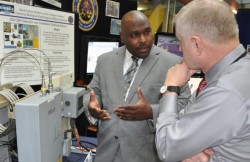 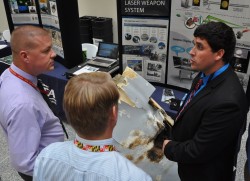 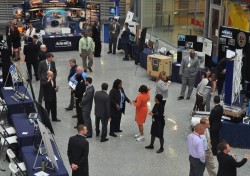 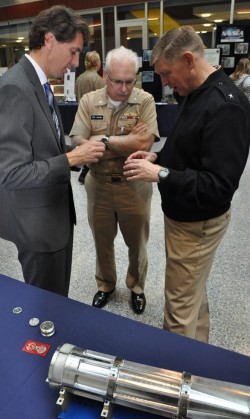